CILT is pleased to announce the production phase of our D-Next Accessible Media Lab, an emerging lab that is led and run by a creative team of new media artists, film makers, journalists and advisory members with disabilities. CILT views D-Next as a valuable resource for producing authentic underrepresented portrayals of people with disabilities in the mainstream and social media, told through a nothing for us without us lens.

Our accessible media lab has been training and supporting emerging media storytellers who aspire to tell our communities stories through creative forms such as podcasts, mini docs, blogs, etc. We have been connecting with people with disabilities from underrepresented populations in Toronto to tell and circulate their stories. We will expand this important work by utilizing a comprehensive suite of audio-video production equipment, generously funded by a capital grant received in early 2019 from the Ontario Trillium Foundation. CILT extends an enthusiastic thank you to OTF, without whom we would be unable to fulfill the dream of this innovative media lab. 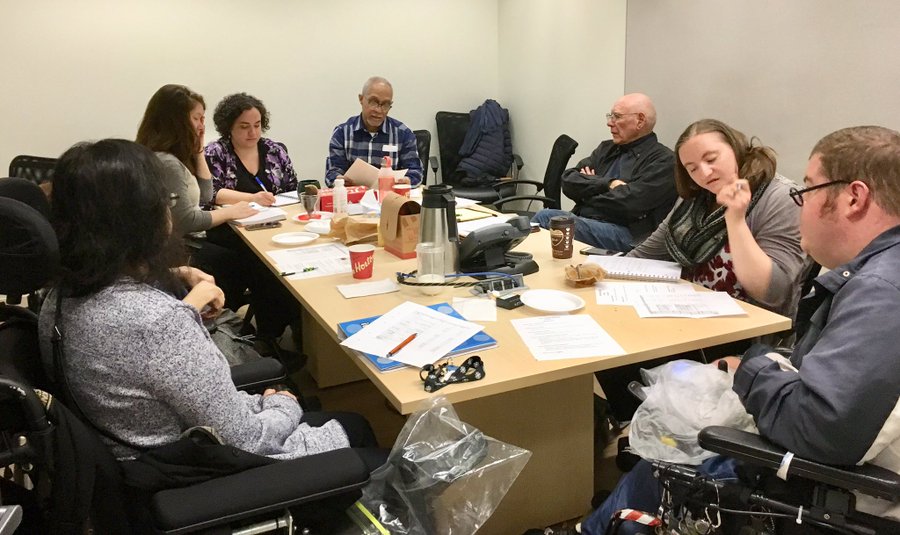 This project is provided through the generous funding support of the Ontario Trillium Foundation.

D-Net, The Disability Network, was a news and current affairs television series broadcast on CBC and Newsworld from 1990 to 1997.

CILT recently collected the original broadcast tapes, digitized the programs and now has made them available on our YouTube channel.

The programs deal with such subjects as accessibility, social attitudes, universal design standards, success stories, legislation, inclusion, accommodation, media, jobs, and housing, immigration, First Nations and human rights. D-Net is a vast resource of images, clips and reflections from people who were active contributors to change.

The list of on-camera guests and contributors includes politicians, community leaders, sports, arts, media, technological innovators and active citizens from across the country and around the world. D-Net is a vast resource of images, clips and reflections from people who were active contributors to change.

D-Net appeared at a critical time in the lives of people with disabilities during the long march toward equal rights and public consciousness. It is interesting to look back at these programs and reflect on how far we have come since then… and what remains to be accomplished.

In the near future CILT will continue to work with other organisations to provide a complete index to the content of the series. The next steps will be to make the series searchable by names, key words, dates, and categories, to develop further innovative packaging of this archival material including educational materials, and to develop additional new programming.

We are currently seeking both financial resources and those with technical abilities to help realize the vision and potential of D-Net.